As a coronation of the efforts of the student Sarah Mosabbah AlYammahi – 4th year student at College of Pharmacy and Health Sciences at the University of Science and Technology of Fujairah – in the field of environmental research, the student Sarah was chosen to represent the United Arab Emirates in the country’s delegation at the United Nations Climate Change Conference 2022, which was held in Sharm El-Sheikh, Arab Republic of Egypt, from 6 until November 18, 2022. The conference is one of the most prominent events in the world, in the field of climate issues.

This representation came as a recognition of Sarah's continuous and successive efforts in her series of positive contributions to serve the sustainability endeavors adopted by the United Arab Emirates to confront the rapid changes the world is witnessing with regard to environmental and climatic challenges, which are on the verge of turning into a global catastrophe.

Earlier in the last academic year, Sarah participated in the largest regional competition in the area of environmental preservation which was organized by the Emirates Environmental Group. Sarah, along with her team, won the first runner Award despite her young age. By the beginning of 2022, Sarah wanted to advance intellectually and cognitively in the area of sustainability, so she participated in the "Masdar Future  Sustainability Leaders" program, which is sponsored by Masdar City and extends over a year, during which the student receives virtual and interactive courses that contribute to shaping their perception academically with regard to sustainable environmental research and production. For her distinction in the program, she was nominated to represent the country in the United Nations Climate Change Conference.

It is worth mentioning that the convening of the conference this year comes with the participation of 197 countries represented by heads of state and government, international institutions and various countries. Many workshops were held during the conference that dealt with the repercussions of many daily life paths on the climate and the extent of their interdependence in an attempt to devise creative ways that reduce the repercussions of climate change. It has reached a point that may be close to getting out of control and the steady rise in the prices currently borne by countries as a result of the effects of climate change.

During the conference, Sarah also participated as a keynote speaker in the panel discussions of the conference on empowering the role of youth to target the accumulated problems of the repercussions of climate change, as they are the forces most able to influence awareness and public behavior. Her fellows in "Masdar Future  Sustainability Leaders" also participated in the panel discussions.

Sarah's participation in the United Nations Conference on Climate Change and her acquainting of various opinions, ideas and abstracted facts from different regions around the globe is an important milestone in her journey toward the horizons of sustainability that she aspires for. Sarah as a model of USTF student is strive to acquire the keys of science that enable her peers to merge their accumulated experiences with their academic studies in their fields of specialization to move towards new horizons to serve their country, their community and the world at large.

The College of Pharmacy and Health Sciences and the entire community of the University of Science and Technology of Fujairah congratulates Sarah for her achievements and wish her all the best in her future endeavors. 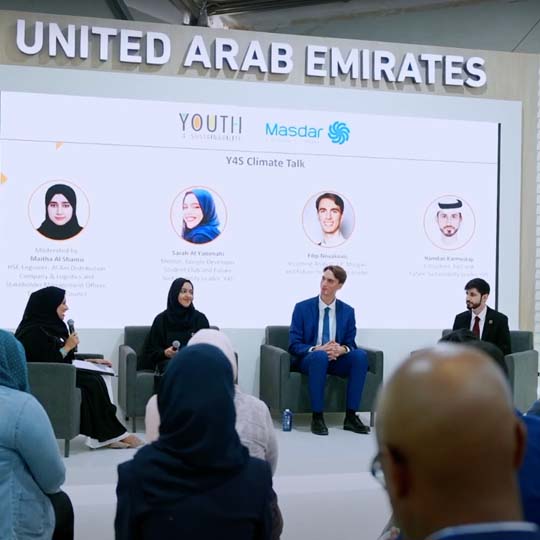 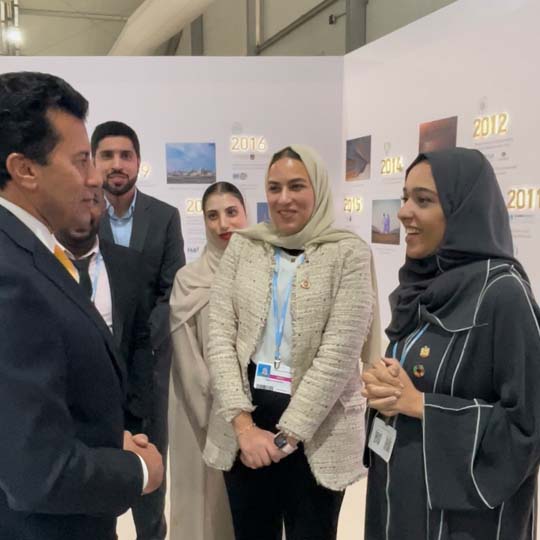 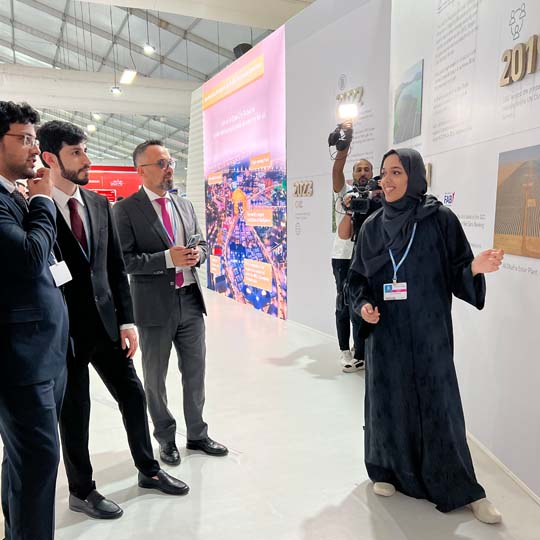 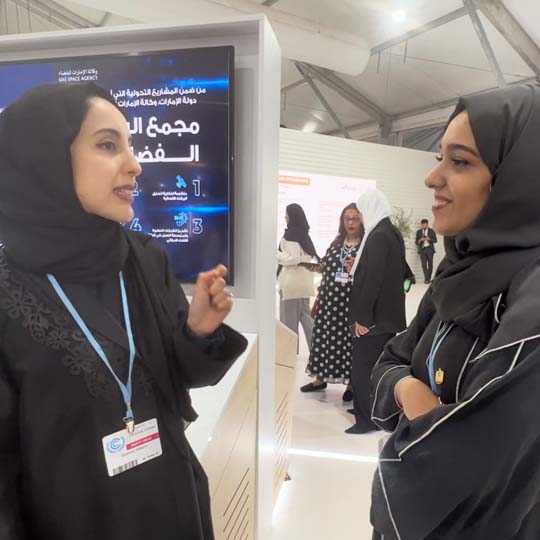 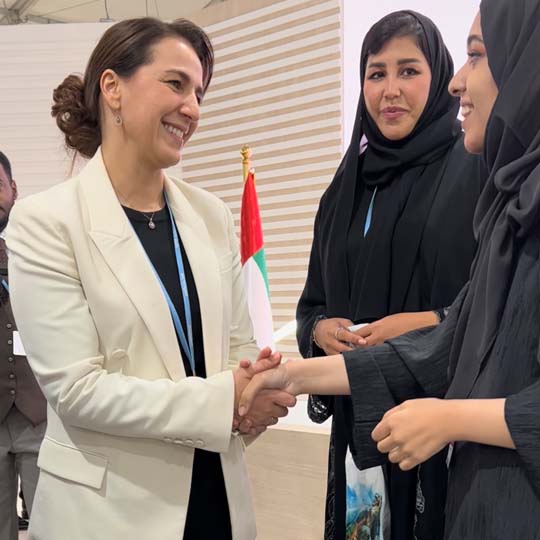 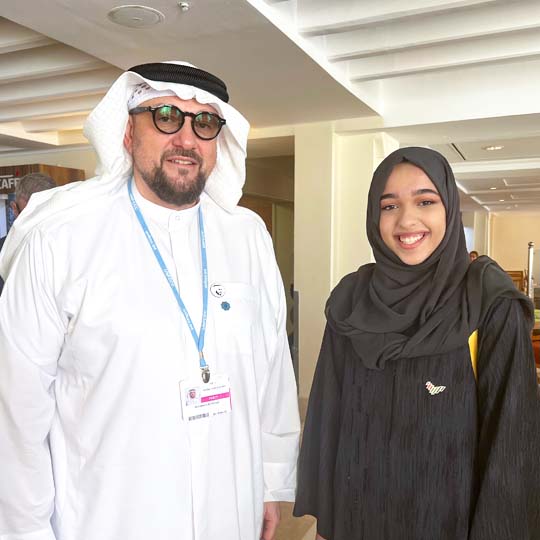